Blog
You are here: Home / News / The Agreement on the Kilimanjaring Project 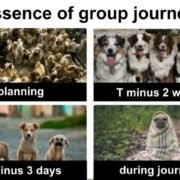 I take the first step in the new PMBOK test-drive. It has now two inputs to initiating process – business documents and agreements. Business documents include the business case and funding. Since we are going to conduct an expedition by startup technology and attract external funding, it is too early to talk about business documents. But I would like to discuss the Agreement.

As the PMBOK says, “Agreements are used to define initial intentions for a project. Agreements may take the form of contracts, memorandums of understanding (MOUs), service level agreements (SLA), letter of agreements, letters of intent, verbal agreements, email, or other written agreements.”

Let this post in the FB be a letter of intent.

To begin, I tell you that during a week I received dozens of messages in a messenger with ideas how to implement this project and requests to include them in the team. When you ask people to write their ideas into the group, they either disappeared, or came up with reasons why they cannot do this. However, more interesting are those who ask to include them to the team… I’ll just list what I “liked” most. Who recognizes himself, please, do not be offended, I intentionally do not mention the names here and I will never tell anyone that it was you 🙂

So, it is time for the writing of the Agreement on the Kilimanjaring Startup Project. 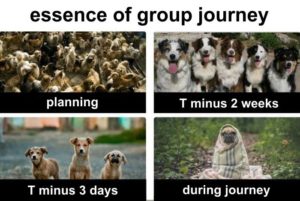 Let’s do following. I believe in self-organizing teams. I implemented a lot of projects of different scale, and I drew attention if a person was taken to the project by assignment or because there was no one else, then it takes a lot of time adjusting, checking and reworking his work. If a person has come to the project at will, then he works proactive. All that you ask of him, he has already either made, or came up with ideas how to do it and has already started.
For now only one such a person – Artem Stroganov. On the early beginning, he joined the project with concrete proposals and actions. Actually, there are only two of us in the project now, but there should be 5-7 persons. My preference is still the same:

Nevertheless, these are only preferences. In fact, we need the following roles in the project (some can be combined):

However, I still want to introduce one selection criterion. Participants should be able to go to expeditions at their own expense in case of failure of the idea with the search for external funding. This criterion is forced. I want to cut off the freeloaders.

Moreover, you must have some amount already now in case if we find some great variants of flights or accommodation before receiving external funding, I would like to immediately buy the tickets and book the accommodation.

The Main Idea of the Project

Main Stages of the Project

In what role do you see yourself?

Please, do not write me in private messenger. Write everything right here in the group.

Concept of expedition to Kilimanjaro